At the heart of Dunedin Railways is a group of hardworking people who are dedicated to making your journey both enjoyable and safe. 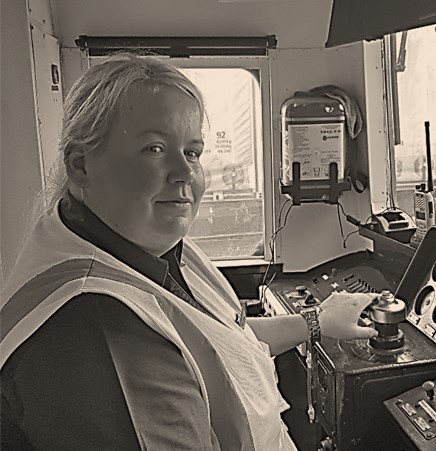 As Dunedin's only female locomotive engineer, Ammay hopes that she's setting a future precedent for women who are interested in joining the industry.

After joining Dunedin Railways 17 years ago, Ammay started as a member of the platform crew and built on her career from there.  "I'm particularly grateful to Grant Craig, Dunedin Railways' Operations Manager who has supported and encouraged me in this journey." 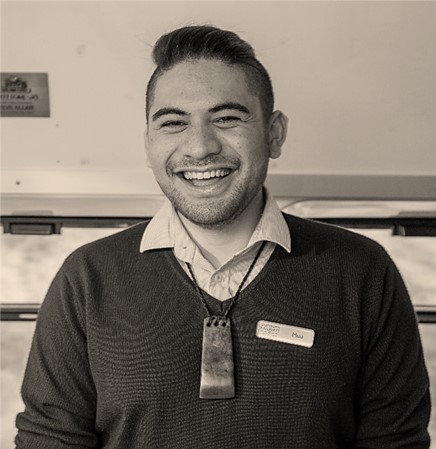 Muu is one of Dunedin Railways' front office super stars who also works on-board in the buffet car. Fluent in English, Te Reo Māori and Spanish, Muu has a breadth of knowledge about the tourism industry that few could match.

Muu's favourite part about working for Dunedin Railways is meeting the diversity of nationalities that pass through the Railway Station. “I just love sharing Aotearoa with our visitors.” 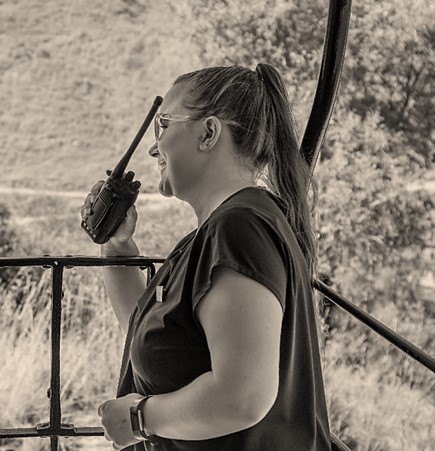 Courtney (pictured at right, and too busy watching for passenger safety to look at the camera!) has been with Dunedin Railways for four years and is experienced in many facets of daily operations. After starting four years ago in the buffet car, Courtney moved to the front office where she looked after radio operations in the weekends. Following this, Courtney recently finished her training as a guard and locomotive assistant, ensuring passenger safety.

Courtney loves looking after the safety of Dunedin Railways' international travellers, but most of all she wants to set the example that girls really can do anything! 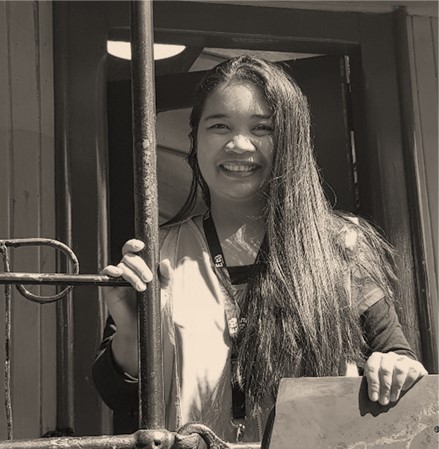 Originally from Silay in the Philippines, Juvy came to New Zealand eight years ago, starting at Dunedin Railways in November 2017. Juvy now manages Dunedin Railways' cleaning crew who are responsible for maintaining the every-day hygiene of  twenty passenger carriages, which equates to nearly 600 seats to take care of, sometimes twice a day!

As a former science teacher, Juvy finds her busy role a "really nice change with a great working environment and team" and loves living in New Zealand. 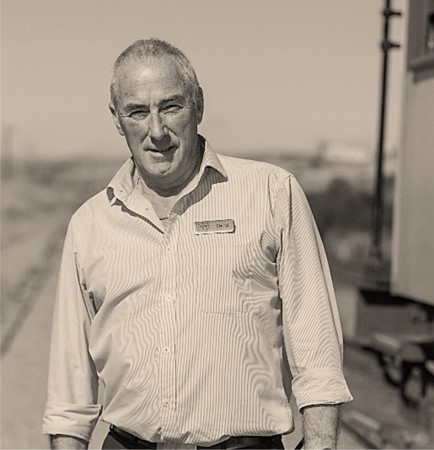 With 30 years in the hospitality industry under his belt, there isn't much that Darryl doesn't know about the tourism sector. Having been with Dunedin Railways for just over a year, Darryl loves the customer service aspect of his role, as well as the great team he works with every day.

"I have always loved meeting new people - my aim is to make our international and local visitors' experience with Dunedin Railways one to remember, plus I view it as an absolute privilege to be able to showcase the beauty of Dunedin." 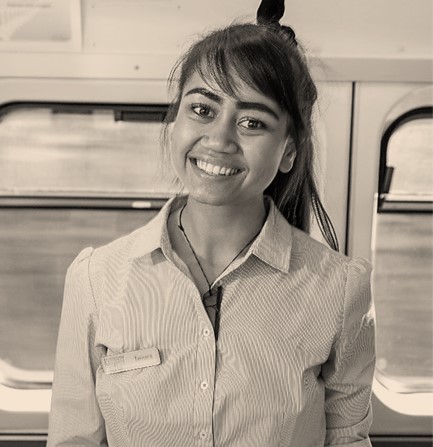 When studying at the NZ School of Tourism, Tamara always intended to work at Dunedin Railways with a view to learning about large operations and systems that support literally tens of thousands of passengers every year.

As a member of the Te Whānau-ā-Apanui iwi, Tamara is enormously proud of her Māori heritage and is keen to share her culture and beliefs with our international visitors especially.

"I am one of those lucky people who loves getting up for work every day. Not only do I have fantastic co-workers, but I also get to meet interesting people on a daily basis."

“The line is a wonderful and unique piece of NZ history and a fantastic way to spend an afternoon.”

“Absolutely amazing scenery, comfortable ride - everybody was happy and enjoying themselves.”

“The scenery was just gorgeous!”